The Scottish Alcohol Industry Partnership (SAIP) held an event at the Scottish Parliament this week, sponsored by Miles Briggs MSP, and aimed at showcasing how the industry is tackling alcohol harm.
Tagged with:

Tackling alcohol harm was the focus of an event at Holyrood on Tuesday night, sponsored by Miles Briggs, MSP for Lothian and Shadow Cabinet Secretary for Health & Sport.

MSPs and other stakeholders, including police, the third sector, Alcohol & Drug Partnerships, government officials and representatives from the drinks industry, were given the chance to see for themselves the work being carried out across Scotland by the Scottish Alcohol Industry Partnership (SAIP).

A new national campaign in partnership with Police Scotland aimed at tackling proxy purchase of alcohol by adults for children, and the creation of Community Alcohol Partnerships in communities across Scotland, were highlighted by the SAIP as key activities for the coming year.

The SAIP was also pleased to announce its work with Drinkaware to support rollout of their ‘Drinkaware at work’ programme. In addition, over the coming year the SAIP will continue to work with Best Bar None Scotland to encourage uptake of the 125ml wine measure in the on-trade, and is providing funding to Street Assist for new equipment.

A number of the organisations that the SAIP and its members work with were represented at the event, including Drinkaware, Community Alcohol Partnerships, Best Bar None, Street Assist, Alcohol Education Trust and the Scotch Whisky Action Fund.

Miles Briggs, MSP for Lothian said: “This event was an engaging way to learn about the work that is going on across the country to tackle the harmful use of alcohol. I was particularly encouraged by the work being done by the Scottish Alcohol Industry Partnership and Police Scotland to tackle underage drinking.”

Paul Johnson, Partnership Manager at Moray Alcohol and Drug Partnership, commented: “Partnership working is critical if we are to make a difference to the harmful use of alcohol.” 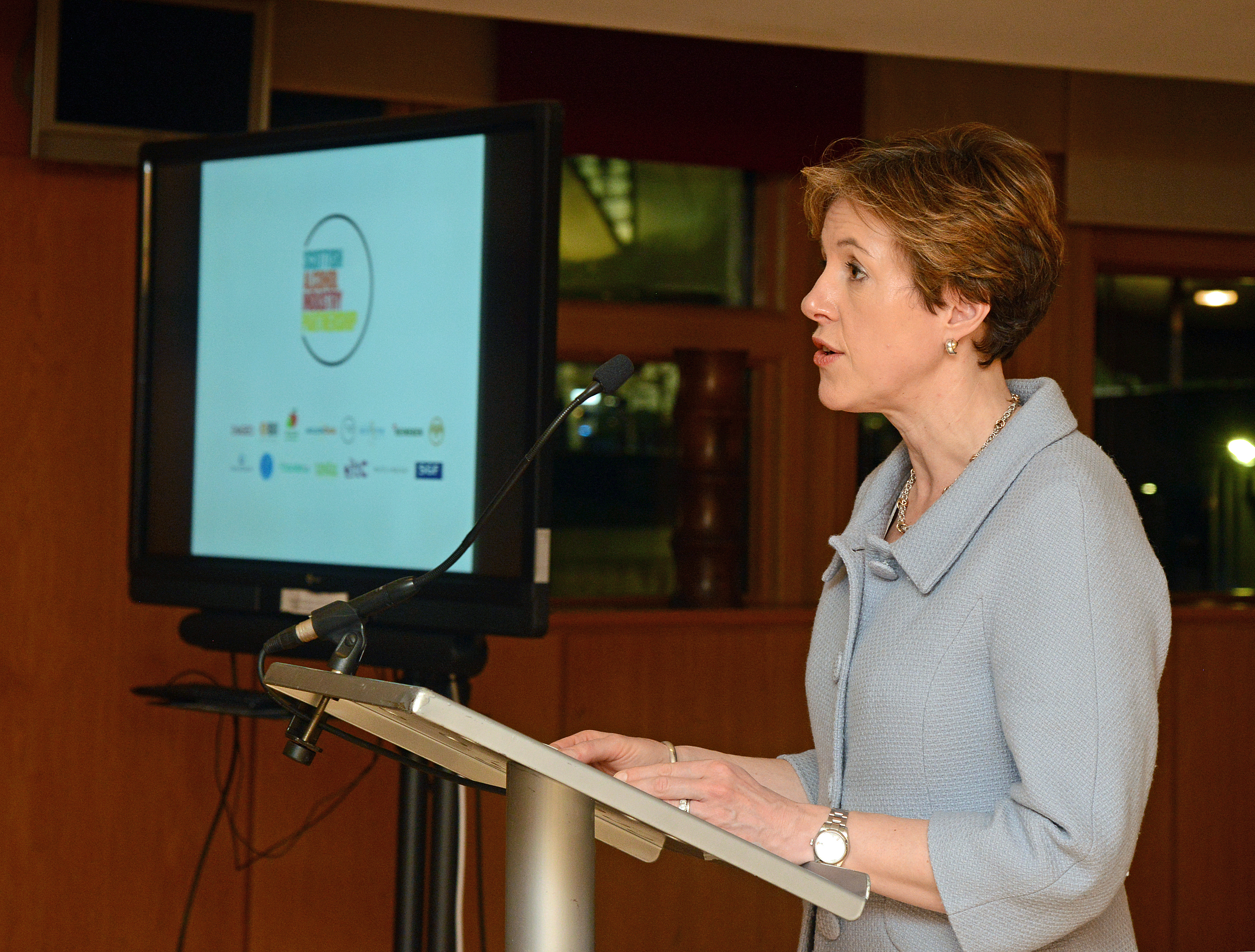 Karen Betts, Chief Executive of the Scotch Whisky Association, said on behalf of the Partnership: “Our industry has an important role to play in encouraging moderate consumption and in tackling alcohol misuse. The event highlighted the range of initiatives being taken forward in partnership across the industry, in addition to work that many companies also do individually. It’s very encouraging to see the progress that these initiatives are making and the impact they are having in communities. We know there is more to do, and we are committed to ensuring that the SAIP goes from strength to strength.”

The Scottish Alcohol Industry Partnership (SAIP) is a partnership of alcoholic beverage producers and representatives of the on-trade and off-trade in Scotland which includes:

For more information on the SAIP visit our website: www.saip.org.uk, or contact D Meikle (saipsecretariat@swa.org.uk, or call 0131 2229220)

Organisations represented at the event:

Issued on behalf of the SAIP by the Scotch Whisky Association, an SAIP Partner

For more information, contact the SWA Press Office on 0141 221 0707 or email pressoffice@swa.org.uk