Optimistic outlook for Scotch, but uncertainties around Brexit

Scotch exports increased last year by 4% to more than £4 billion, with the value of Single Malts exceeding £1bn for the first time.  This success marks a return to growth for Scotch exports, following a few years of levelling off and small declines as a result of economic headwinds and political uncertainty in some markets.

Last year, Scotch remained the biggest net contributor to the UK's balance of trade in goods. In 2016, without the impact of Scotch Whisky, the UK trade in goods deficit would have been 2.8% larger at almost £139bn. Scotch Whisky accounts for over a fifth of the UK's total food and drinks exports.

Scotch also continues to lead the way for the rest of Scotland's food and drink sector. The 'national drink' makes up 73% of total Scottish food and drink exports.

The Scotch Whisky Association (SWA) has analysed the reasons for the resurgence of exports and the outlook for the future.

While the industry is optimistic about a renewed demand for Scotch, there are challenges as well as opportunities on the horizon, including the seismic changes that Brexit brings to an increasingly competitive global marketplace. The weakness of sterling, for example, had a significant impact on exports in the second half of last year. This short-term positive currency impact should be seen in the context of continuing uncertainties around Brexit in the longer term. 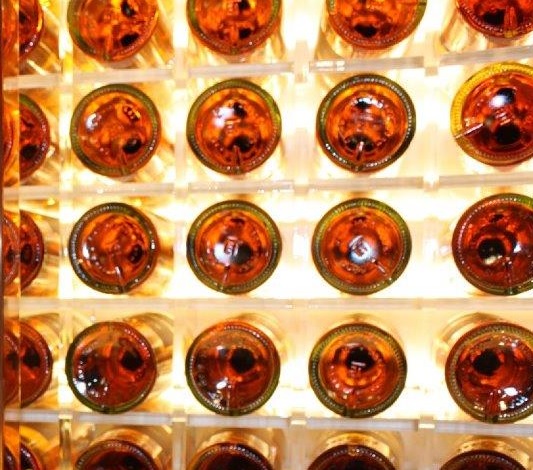 What categories of Scotch Whisky are growing?

Single Malt was a stand-out performer last year. With Single Malt exports growing at a faster rate than that of Scotch overall, market share is increasing. It now makes up just over a quarter of the total value of Scotch exports.

Scotch Whisky is popular across the globe and demand is from a diverse range of markets. In terms of regions, the European Union remains the top destination for exports, worth around £1.2bn of the total. North America is the second largest, taking exports worth more than £1bn, followed by Asia with shipments of £768m.

The USA remains the number one market by value, growing 14% to reach £865m. Consumers are seeking out premium products and Single Malts benefited from such trends - value was up 22% to £267m.

There was increased demand from a number of larger European markets, including Spain, the fourth biggest market, up almost 10% to £167m; Germany, the number five market, up 13% to £164m and Poland, up 19% to £63m. This reflects some improved economic performance and continued growing popularity of Scotch across parts of Europe.

India is becoming increasingly significant with the value of exports up almost 14% to £97m to make it the ninth biggest market for Scotch. But its full potential will not be realised until its 150% import tariff is reduced.  The SWA is encouraging the UK Government to pursue a Free Trade Agreement (FTA), including measures to cut the tariff, with India as a priority after Brexit. Exports to China increased by 0.5% to £41m with the market continuing on an upward trend following some decline due to austerity and political decisions.

We are also calling on the Government to secure existing EU trade deal benefits, such as the South Korea FTA and the Colombia/Peru agreement that have created a more level playing field for Scotch in those markets. Some £87m of Scotch was exported to Korea last year and Colombia grew 14% to £27m

This is an uncertain time for all business with a UK General Election on 8 June and Brexit negotiations getting underway. While we expect demand for Scotch Whisky to grow in markets around the globe, we need support from governments at home and abroad. The industry's continued success cannot be taken for granted by government and policymakers.

The Scotch Whisky industry was, for example, disappointed by the near 4% increase on spirits duty excise announced in the spring UK Budget and is calling for fairer treatment in future fiscal statements. The SWA would like to see an overhaul of the domestic excise system when the UK leaves the EU.

The industry has set out five key objectives for Brexit:

A domestic tax and regulatory agenda that delivers a platform for international growth.

Julie Hesketh-Laird, Scotch Whisky Association acting chief executive, said: "With Scotch Whisky exports returning to growth and rising to more than £4 billion, and Single Malts exceeding £1bn for the first time, we're feeling optimistic about the future. Demand is rising in mature markets, such as the USA, and newer markets, including China. This confidence is reflected in the number of new distilleries - 14 have been opened in the last few years and we know of about another 40 in at various stages of planning.

"However, we have to be alert to the challenges, as well as the opportunities, of Brexit and political changes in the UK and across the globe. Industry success can't be taken for granted and we need both the UK and Scottish Governments to work in partnership with us to deliver a business environment - at home and overseas - that supports sustainable growth.  At home, for example, we are calling for a 'sector deal' for Scotch as the new UK industrial strategy develops, recognising our economic significance to communities across the country. And we have clearly set out our objectives for Brexit to support jobs and growth in the industry in an increasingly competitive global market."

A fuller analysis of 2016 export figures can be viewed or downloaded below.