The Code of Practice covers all commercial communications by members. This includes advertising, promotional materials and sponsorship. The 4th edition was published in July 2020.
Tagged with:

The Code of Practice covers all commercial communications by members. This includes advertising, promotional materials and sponsorship. It applies in the UK and also abroad in export markets where stricter national codes do not exist.

The Code of Practice is a condition of membership for all members of the SWA. It is backed by an Independent Complaints Panel that has a range of sanctions at its disposal if members breach the Code.

The Code is kept under regular review so that it keeps paces with changes in new marketing techniques and technologies.

How to make a complaint

The Code of Practice includes a complaints procedure. Anyone who has concerns about Scotch Whisky marketing or promotion should, in the first instance, write to:

She was awarded a DBE in 2015 and in 2018 received an Honorary Degree from Stirling University.

Catherine is a multisector, omnichannel Marketing professional, Board Advisor and Non-Executive Director.

She spent her early career at Tesco where she led development of the world’s largest loyalty scheme; and is now an expert to UK and International organisations on Big Data, Customer Insight, CX, CRM and Customer Journeys. Catherine has overseen the strategic development of some of the UK’s largest brands, delivering growth and consumer advocacy across established and start-up ventures.

Paul’s career has primarily been in the international drinks industry. He was the CEO of The Glenmorangie Company for 14 years; eight years as Glenmorangie Plc and six as part of the LVMH Group. He then spent a further period as Non-Executive Chairman, stepping down in 2015.

His earlier career includes marketing directorships at  Forte Plc and with United Distillers (now Diageo). Paul was the Senior Non-Executive Director at Devro Plc for 12 years and currently holds Non Executive position in two other companies. 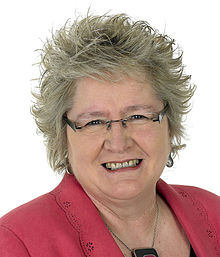